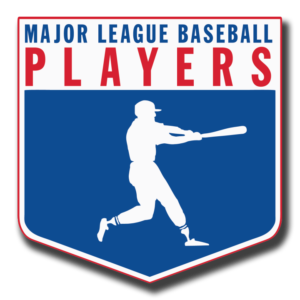 As you may have guessed, our sister site at MLB Leagues has been dealing with an unprecedented crisis facing all public sports right now.  Today comes the announcement that Blake Snell will refuse to play if MLBPA accepts an agreement presented by the MLB owners to open baseball for the July season.

I want to take a quick side step and talk a little bit about this dilemma and what it means to the future of baseball.

I have long held a passing interest in baseball.  Perhaps it is a call to the statistical analysis available over 162 games a year that no other sport on the planet provides.  I don’t post about it a lot here, namely because there are dedicated sites for this stuff.  That may change as I’m re-thinking the purpose of this website to better match changes to my personal life as well.  That said, today I want to take a trip down the MLB path to get a sense for what to expect going forward.

Blake Snell is no push over.  If he was, this headline wouldn’t matter.  However, he is likely to become the face to a trend much like Colin Kaepernick in the NFL.  Behind him is a horde of MLB players too afraid to speak up but secretly agree with him.  Most of them lack the star power to even make a headline, let alone protect their career from angry owners.

The heart of the dilemma is the fact that no revenue is being generated in any sport due to the ongoing pandemic.  With governments around the world reeling from the anger generated at their forced shutdowns, they are starting to back off in an attempt to redirect the anger towards entities who are unable to follow suite.  Now baseball owners want to blame the players for the shutdown, but this simply isn’t true.  That leads us to MLB which still technically has a chance to start but would have to do so with empty stadiums and a revenue problem.

MLB Owners jointly proposed a revenue sharing scheme meant to reduce player salaries.  However, I just got through a rant about PC gaming season passes and how bad they are, guess where I stand on this one?  There are sad stories everywhere that implements similar schemes, and they always end up going against the employees of the industry.  I’ll give you two similar examples from other industries:

It’s highly likely, almost assured actually, that MLBPA will reject this proposal outright.  In my view they absolutely should.  MLB should not be attempting to re-write the rules during a crisis when they think no one is watching.  This is just bad for the sport in general. I will argue is a sign of how the sport has been handling itself over the past few years such as the proposed playoff extensions.

Baseball actually has the mechanisms to weather the pandemic storm.  It chooses to ignore them.  The best example is the Restricted List which was built for exactly this purpose.  From a player’s point of view, it amounts to a furlough. Why no one is taking this course of action is simple – they want to generate media attention.

The issue of contracts and mid season starts

Have you watched the WWE?  It’s over the top, unrealistic, and full of entertainment value with little substance.  It’s wholly scripted and the outcome can change depending on the mood of the audience who can technically influence it in real time.  That is entertainment masquerading as sport.

Baseball is a sport masquerading as entertainment.  If you remove crowded stadiums, inter-team revenue sharing, and make players responsible for improving TV ratings to generate revenue, you change the game.  Now it becomes important to make powerful entrances, do stupid dares like point to left field, or intentionally start a fight.  This is how you generate television revenue.  Baseball will become entertainment rather than sport.

Most players are not capable of that.  Baseball itself isn’t capable of that.  It’s a slow, statistical, and methodical game.  I remember an interview with batters recounted trying to hit off Greg Maddux.  They described him as unassuming until you realized he had outsmarted you and you couldn’t hit anything he threw at you.  That kind of thing doesn’t play well in the fast pace, get results type of game we see in virtual entertainment.

Instead you get stupid stunts.  Players will start fights for the sake of ratings and owners will support it.  In fact, watch rants on how Youtubers have to generate revenue these days and know that is what the entertainment market expects as well.  In a word, you have to do something unexpected.

Then there is the problem of mid-season starts.  Many of us had to adjust from a lively lifestyle to one isolated at home.  How many of you are struggling with weight gain from the lockdown?  How hard is it to adjust to being in one place all the time.  Now imagine you are an athlete who can’t train.  How many players go heavy on playing time one year and can go the next year with little to no injury risk?

Let me say that another way – how many players go for long stints of rest due to injury and come back right where they left off?  While I don’t have any direct data, some studies have shown returning from at-rest require time before returning to full performance.

The number of players who are going to struggle during a mid-season could be staggering.  Many who don’t follow baseball statistics will not be able to tell, but for those who keep track it will be obvious.  Moreover, the number of off season injuries that are reported (or more alarmingly are NOT reported) will cause some careers to end outright.

Compound this problem with another proposal from MLB – play a season full of double headers.  More interesting is the idea that teams should knock out four games a day.  As laughable as that sounds, that’s an idea that could work since you can record and play them again later.  Moreover, if entertainment is the key, it leaves time for editing that can’t be done otherwise.  Most fans would never know the difference, but the exhaustion this places on players would be immense.

All this is to say I like baseball for its statistical predictability.  When you start introducing unknown factors into the equation, they become harder to predict.  Most of the arguments I get into around this topic are very short-sighted, one year point of view.  However, the long-term implication of an injury, salary reduction on future interest from kids, or heaven forbid turning the sport into Entertainment Tonight is a scary prospect.

I really wish fans wouldn’t fuel this debate.  Instead, force MLB to use the tools it already has in place to resolve this.  Even if it means a year away from baseball and minimizing losses, it’s going to be a better prospect long-term.  If FOX starts pumping in fake ambience like we saw with golf, followed by players making a cutscenes between plays, and entertainment overtaking the value of the sport itself, baseball is never going to recover.  Worse yet, with the capability of manipulating games for positive effect, I can see a world where MLB intentionally sets low standards (such as no homeruns all season) just to break them at a key moment for entertainment value.

Lastly, Blake Snell.  I hope he doesn’t become the next Colin Kaepernick.  He is voicing the same frustration that every player has right now.  His decision not to let the anonymity of the MLBPA speak for him is a rookie move in a business sense.  I guess time will tell if the league decides to punish him for his actions.