May turned out to be an incredible month for Tradelands. So much happened that it will take us multiple posts to cover it all. Today, we will talk about the overall performance of the economy with follow-up posts over the next few days breaking down the performance of specific items. There were several records broken this month, including the largest single day trade volume, the largest fire sale ever recorded, and also the most impactful recession since GISE started tracking data.

This month saw a record Market Strength of $2.1 Bn Doubloons making this the largest trade volume ever recorded by GISE. The previous record was actually from last month at $1.0Bn Doubloons. That means the string of releases from April 1 to May 25th generated over $3Bn Doubloons of trade volume. To put that in perspective, the next closest month was from March of 2021 which generated only $690Mn in trade volume. Every other month on record was below that number, meaning the month of May brought in over three times as much value as any other update to Tradelands.

In fact, the economy had so much activity that F&BP had to purchase additional server capacity in order to process all of the transactions that were taking place. It was both incredible to watch, but at the same time exhausting for all the effort we had to put into keeping things running. I’m sure it was just as difficult for the developers who had to both code and watch the release, so props to them for all their effort.

If there was ever a doubt that releases impact the game’s economy, let’s put that to rest right now. Not only did the economic activity triple from April 25th to May 25th, the game’s player count doubled during that same time frame as well. It’s unfortunate that the development team isn’t able to sustain the momentum and continue their string of updates, but some of our members are developers themselves and understand the challenges they faced. We don’t blame them if they are exhausted after all this. Instead, view the results of April and May’s increase in economic activity as a sign that there is still a lot of life left in Tradelands.

The May Fire Sale

If you aren’t familiar with the term “fire sale,” May is a good example of what it looks like in Tradelands. In this case, the developers introduced an “invite only” auction for the wealthiest players in Tradelands to purchase exclusive items. This event is referred to as the Purshovian Auction. This announcement resulted in several factors taking place at the same time, leading to a market-wide fire sale that produced the results we saw in May.

First, middle-class traders who wished to qualify for the auction attempted to sell as much of their excess/unwanted items to meet the threshold for entry. This in turn saturated the market with a surplus of materials, requiring sellers to provide further discounts in order to sell their goods to a limited number of buyers. Morover, these new sellers were not willing to buy other items, further pressuring the prices on the market. This created a cascading price drop that wasn’t going to stop until the auction was over.

The material markets went first and fell immediately as a result of this move. That’s because they are typically sold in bulk. The Merchant’s Guild experienced some initial resiliency, mainly because some of these items were considered more valuable than the ones on the auction and, because of limited supply, sellers were most reluctant to offer them on the market.

This ended with the release of crates and a new ship, the Demeter. Once this happened, the Merchant’s Guild profit index started to collapse as well. What was alarming is how quickly it fell, overtaking the falling Iron and Wood prices and nearly losing its position as the strongest of the three indexes. This sudden drop caused whatever items that still remained unchanged to drop, leading the entire market to collapse as demand across the board was saturated to just 1% of overall supply. To make matters worse, the items being released in crates were further saturating the market, adding another exponential factor to the problem.

The final chart for the Merchant’s Guild shows all of these market forces working together. The end result was a -15.46% decline in market prices and the Merchant’s Guild ending the month at the lowest point since February 2022. If we assume the developers do not continue their momentum with releases, June will be telling in terms of how quickly the market can rebound, or if we are looking at a stabilization of prices at this new low for the rest of the summer.

Wood and Metal indexes both saw losses this month. In the case of metals, the price correction actually started in April. We already talked about how the changes in the release were meant to cause the expected decline in prices. The fact that the changes are continuing on the same trend, even after the Purshovian Release ended, is a good sign that the developers were successful in correcting the inflation that hit the market last year.

The more interesting market to watch is wood. The release of the new premium woods, reduction of value for Pine and Spruce, and the limited time Demeter are all indications that wood is a focus of potential opportunity going forward. There is more good news on this front, as the economic slide for wood appears to have stabilized as soon as the Demeter went off sale. That indicates that next month could see a stabilization, or even a possible increase, in wood prices.

In other words, if you are looking to capitalize on the recession, investing time in wood cutting might be your best bet. At present, it looks like it will be the first market to recover. The decision to make the new premium woods limited time releases means that woodcutting will likely rebound quickly. We would normally make the same prediction for metals, but the fact that the release put it into a price correction means this is unstable for the time being. There are even some signs that indicate Oak prices might be able to overtake Iron prices, making this one of the strongest professions going forward once it does.

The great thing about predictive modeling is being able to determine the accuracy once it happens. Right now, those models are predicting a boon for woodcutting. This model assumes the developers also see this trend and promote it. As one of the weakest in terms of monetary output, and the easiest to do, the economy as a whole tends to benefit from strong buying and selling of wood. This means planning the release of limited time premium woods carefully, focusing on output of furniture and weapons that use wood, promoting shipbuilding with unique options that use wood in both large and small quantities.

The predictive models also show that the recession caused by the Purshovian Update should show market indicators around mid to late June. This will give a better indication of where prices will go from here. At one point, the developers hinted at a possible release of new weapon types in June. It doesn’t look like that will happen, but they traditionally impact the Merchant’s Guild whenever they are released. Barring any major updates, we should have clarity on where prices will land by the end of the upcoming month.

This is a cross-post from the Tradelands News Network. 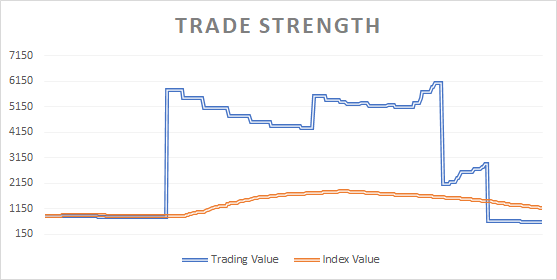 A couple of you have commented that Silver seems over-priced, and we agree. If you go on GISE today, you will notice that Silver is listed at $1,202 per piece. This is over twice its in-game value. This gives us an opportunity to do a re-fresher on a component of put options called “strike pricing”… 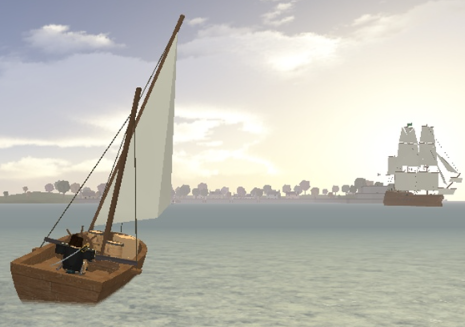 Having kids means you look for alternatives to your favorite adult games so you can share in your experience.  Over the past two years I’ve come to appreciate the versatility of Roblox as a platform that achieves this goal.  Many of the games are smaller versions of some of my favorites such as Skyrim and…

After a week of coding and inspecting results, the first edition of the Price Guide is ready.  You can view it by going to the Tradelands page on this website or using the direct link.  The price guide is an extract of the GISE index which is posted on Discord every week. 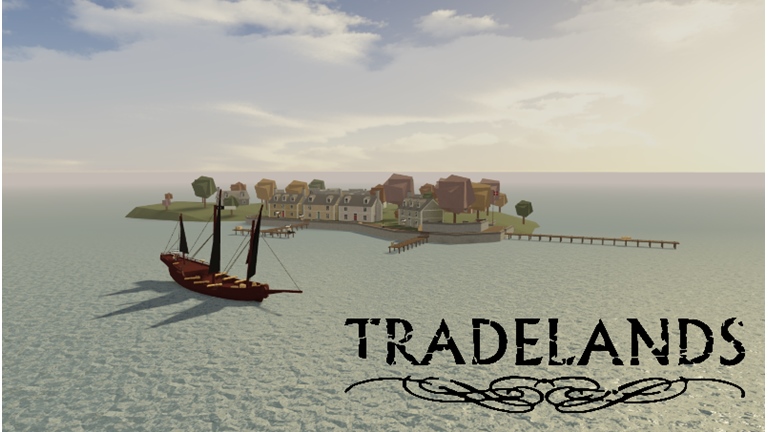 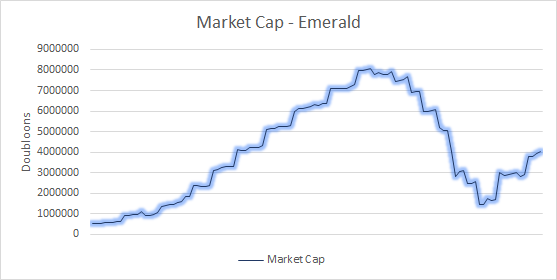 Today, we will dive deeper into the current state of the mining industry in Tradelands.  In short, the string of updates in April and May are having a negative correlation on the profession’s profitability.  While this will hurt miners in the short-term, the long-term impact on the market may be a net positive. The Gemstone… 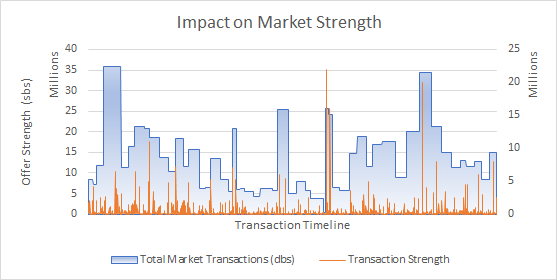 March and April is the timeframe when the most game impacting updates are usually released. This is also a good time to reflect on how the market is likely to perform over the summer based on how prices were impacted during the December and February holiday events. Let’s take a deeper look at those performance…