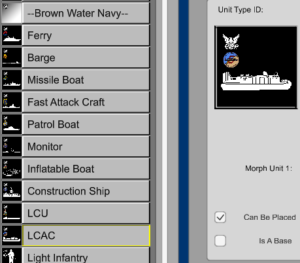 I have uploaded version 2.0.1 of the Modern Units Graphics Set (MUGS).  You can find it on EDIBLE as usual.  This update adds the first icon set for ships.  It includes only 40 tiles, so this is a fairly small release in comparison to the 60 plus in each of the aircraft releases.  If you want more information on the previous releases, here’s the next link in this thread of updates.

The focus of this update is on the Brown Water Navy, a concept popularized in the American Civil War and later made into modern naval doctrine following the Vietnam War.  Now, Brown Water navies are used to represent countries that are either land locked, or fielding navies that are not meant for deep sea presence and tend to operate only on shore.  In EDCE terms, this category is almost entirely just flavors of the original Patrol Boat.

Here is a quick overview of the categories in this set:

As the set progresses, you will see Transport, Attack, Landing and And Assault continually re-emerge but in steadily more potent and more seaworthy forms.  There will be a lot of commonalities in the category types for ship units.  That’s because real-world navies do it this way.  I could go into the strategic reasons behind this, but I will save that for another day.  Each set will probably be around the size of the ones released today until we hit submarines. 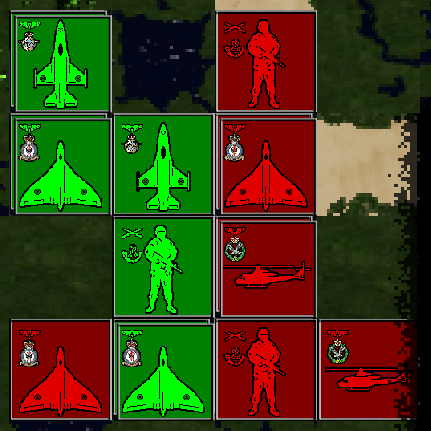 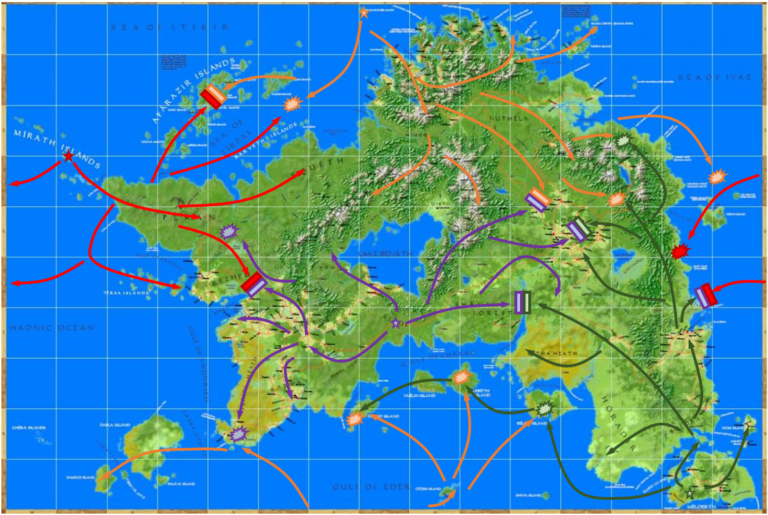 It’s only been a day and already I’ve uncovered the main limitation to unit icons – transparency.  It looks like the sprites cannot use an alpha channel and are instead appearing as black.  The game is instead trying to auto scale the images and remove the transparent pixels.  This is surely a choice of the…