July is the year’s version of a Wednesday.  It’s a reminder that our year is half over.  In a normal year, it’s a call to action to focus on your new year’s resolution and your goals and objectives.  In 2020 however, it’s a reminder that there are still six months of this nightmare scenario to go before we can push the reset button and try for a better 2021.

It’s obvious that COVID has created a new normal.  A few months ago, the thought of being in a 100% virtual world was a fantasy.  Now it has become the new normal.  So normal in fact, the thought of returning to an office before the end of the year doesn’t even cross my mind anymore.  In fact, I’ve started getting comfortable with my situation, which is a good and bad thing.  This is the first month there being comfortable feels like more than something I tell myself to make the situation tolerable.

In terms of updates, EDCE saw its first significant addition this month with the No Landlocked Cities map script.  Moreover, an EDCE tournament is quietly underway and is currently on turn 200.  I think the kinks have been worked out and the Empire Deluxe tournament should be in full swing before the end of the year.

That said, some of you have noticed the changes done to the website.  Don’t worry, it wasn’t another server crash like 2016.  I notice that the repertoire of games that I am playing right now are larger than the site supports and I want to be ready in case I decide to expand my modding into other titles.  The first of these will probably be the mod I’ve been playing on Civ4 Colonization.  I also made a couple of purchases during the summer sale which I plan to try and will make posts accordingly.

Some of you noticed that the WoN documentation has been removed from the site.  I also removed the direct links to the game from the Journal.  Don’t worry though, it’s not the end of Worlds of Nations.  I just wanted to spend some time re-doing the documentation since they are over two years old at this point.  I also decided to take another pass at the Empire Deluxe rulesets since COVID is going to make some significant challenges to our usual tournament in 2020. 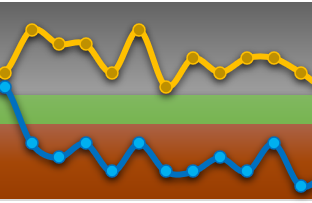 I would be remiss if I didn’t take some time to actually talk about the ongoing pandemic.  For today’s update, I want to take a moment and let you all know why my updates have been spotty for the past three months and how much longer I expect this to continue. I had a suspicion…