Ten years ago I began work on a new hobby that eventually morphed into Worlds of Nations. What better way to actually celebrate this achievement than to re-initiate this blog. While my priorities in the past year have taken away much of my time from continuing development, I haven’t abandoned this game entirely.

August of 2008 was an incredible month for me. Along with many positive changes in my work life that year, my personal life saw a tremendous amount of free time suddenly float my way. My hobbies were either dwindling, changing, or delayed. I decided to pick up a new long-term hobby. I always had a long-time interest in history and most games/simulations available at the time seemed to be just outside of my suspension of disbelief. So I decided it was time to make my own game.

And I could say at this point “the rest is history,” but then what’s the point of writing this.  In truth, the month of August saw three key things that would begin the hobby to occupy the next ten years of my life:

I decided I would start from scratch, creating a rule set to play a strategic game that didn’t solely focus on military simulation, or at the very least would focus on the non-combat aspects.  Most games at the time, and even today really, are full militaristic sims. I remember a colleague of mine used to say “fighting is fun, diplomacy is boring.” For the most part that is correct, and it is the single greatest challenge I knew I would face. But I opted to try it anyway. After all, I had the means to actually pull it off with everything I obtained that year. I just had to put it all together.

Well three failed attempts, ten years of on and off development, and the rejuvenation of tabletop gaming have seen my goal fade away. But it isn’t dead, just far more complex than I originally intended. The first few years saw complexities in machine learning technology hadn’t discovered yet and made running the political generator clunky. Then the automated game mechanics revealed I had created a logistics engine that showed exactly why real war departments have entire staff dedicated to this. And in the most recent development of the game, I found the economic options will quickly overwhelm anyone who tried to micromanage it.  I tell you, it’s fun to run the simulator, but playing it is a nightmare of complex details that have overwhelmed everyone who has seen it, including me.

At this point, I’m hoping this simple post will in some way rejuvenate my ability to apply updates. But there is only so much I can do when I slog through tens of thousands of lines of code to make updates to it. In the meantime, I plan to start using this space as it was originally intended – a landing zone for off-topic stuff while development is still in progress. 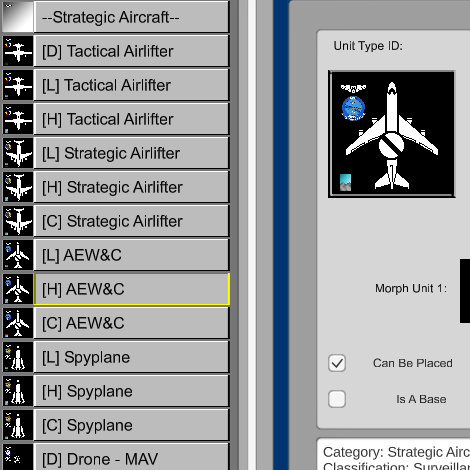 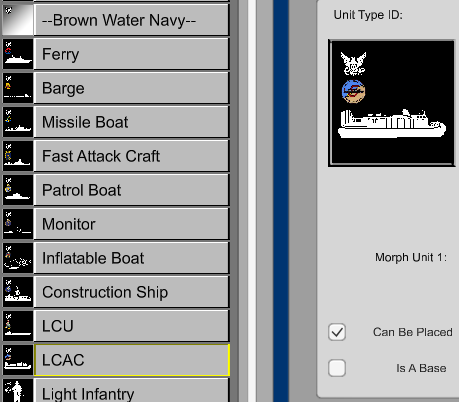 I have uploaded version 2.0.1 of the Modern Units Graphics Set (MUGS).  You can find it on EDIBLE as usual.  This update adds the first icon set for ships.  It includes only 40 tiles, so this is a fairly small release in comparison to the 60 plus in each of the aircraft releases.  If you…

My two week hiatus is over and I will be returning to some of the work I was doing before my brief introduction.  However, after reviewing the amount of work required for my next planned updates, I came to realize that there is little hope in my completing the graphic set in July.  More likely…

December is going to be a big month for the Empire Deluxe.  This will be the first year where we host our annual tournament on EDCE instead of the 1993 edition.  I am putting a lot of additional effort into getting things ready since it will also be our first all remote tournament as well….