While working on one of the sister sites to WoN I stumbled upon a plug-in allowing private messages.  I don’t want to defame the author, so I’ll leave it to you to guess what I’m using.  I was actually astounded that there is a paid version of that utility.  I say astounded because the private message tool in WoN is superior despite it’s clunkiness.  That is saying a lot.

I’m talking about the Advisor’s header that I wrote back in 2016.  I haven’t touched that code in quite a while, and am surprised it still managed to keep up with some of the more recent game updates despite this.  Here is a quick screenshot for reference:

This was a post from a test user a while back that is still in the database.  The view is from my admin panel which allows me to coordinate secret messages between groups by pre-populating the message box.  I am managing this manually now when the turn generator flags it because the user flagged this specific message as “Classified” which means I have to hide the recipient.

Still, I would never dream of selling this code, which was my first solid attempt at pre-populating an editor using only Angular.  The code performs well but I good reflection of my skills as a developer.  It’s a bit disappointing to see someone else selling a produce I would consider “half baked” when I know exactly how much effort would be needed to bring it up to speed.  Here are just a few examples of what was missing:

It’s been a few weeks since I’ve connected to the outside world.  The initial panic and urgency as the world shut down has subsided.  In its place is an acceptance of what a steady state looks like for the foreseeable future.  With it will return a resemblance of normalcy to my own life as it…

It is time for a much belated status update!  There is some good news to report and a lot of bad news.  However, it all points to a positive outcome long-term for this site as well as many of my projects which are currently on hold.  This is also an incredibly busy time for me… 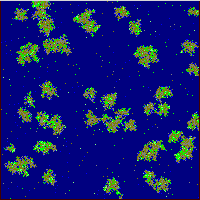