It’s been a few weeks since I’ve connected to the outside world.  The initial panic and urgency as the world shut down has subsided.  In its place is an acceptance of what a steady state looks like for the foreseeable future.  With it will return a resemblance of normalcy to my own life as it becomes clear what the next few months will looks like for me.

While we are still in heavy lock down and multiple shifts to keep the lights going, we have a far better sense of our downtime.  I spent the last two weeks with a scratch pad, writing ideas I plan to work on as a way to maintain my sanity.  Some of them are highly ambitious, whereas others are probably doable.

I intend to resume my updates to this site.  The first challenge I’ve decided to take on is write up a real AI for the Modern Units set.  The first iteration of this will probably be nothing more than making the AI understand the main intent of the set, which is to create battle fronts instead of hodgepodge engagements as we see in typical Empire Deluxe games.

Second to that, I re-installed my old copy of Baldur’s Gate.  I plan to re-open this game in advance of the news that Baldur’s Gate may come out sometime in the near future.  I don’t expect the storylines to be related to each other, but I thoroughly enjoyed the rule-set of this game and the textbooks it was based on.

I reviewed about 25% of the site’s content and I’m comfortable that the majority of WoN will successfully transition.  As a result, I’m going to bite the bullet and just get the site update rolled over today.  I’ll be doing a full review of the content of this site and ensure everything still works.  If… 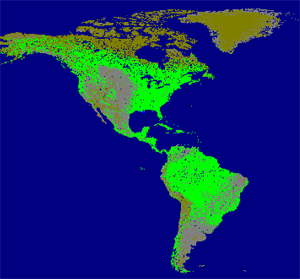 My two week hiatus is over and I will be returning to some of the work I was doing before my brief introduction.  However, after reviewing the amount of work required for my next planned updates, I came to realize that there is little hope in my completing the graphic set in July.  More likely…

While working on one of the sister sites to WoN I stumbled upon a plug-in allowing private messages.  I don’t want to defame the author, so I’ll leave it to you to guess what I’m using.  I was actually astounded that there is a paid version of that utility.  I say astounded because the private message…

Last week, the news headlines in the gaming world were focused on a leak of classified information to justify a point made on a gaming forum.  Anyone who was around when I was still running NOE remembers that this exact topic of discussion came up.  The hyper-realistic simulator had the opportunity to misuse information on…

I have been anticipating April for some time now, as it is the month when my schedule comes back on track.  I’m excited to say I have some updates already in the hopper and will be posting them soon.  I also made some progress on site improvements and have an update on the quarterly Empire…