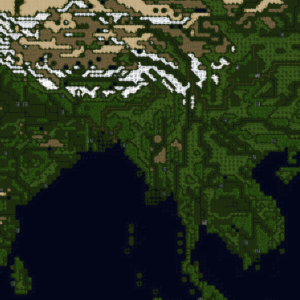 Starting in 2001 NASA began releasing public, detailed imagery allowing modelers to recreate the Earth in high resolution.  The project was dubbed Blue Marble in reference to Earth’s appearance from space.  This set represents an attempt to bring that imagery to Empire Deluxe through a full enhancement of the original terrain graphics.  It is available for download on EDIBLE or at the bottom of this post.

This set modifies fourteen of the original terrain files and replaces them with real satellite imagery taken from the MODIS and VIIRS imaging satellites orbiting at 750km to 850km above the earth.  A painstaking amount of effort was made to keep the images as close to their unaltered form with as few modifications as possible.

The Blue Marble Terrain set takes satellite photography from various places on Earth and converts them into 32×32 tiles.   The objective is to create a visual experience that, when viewed from the player’s perspective, makes your map look as close as possible to the view of that map you would get if you were in orbit.  Here are several highlights about this set.

I chose to standardize all tiles at 32×32 and image resolution of 1 km  per pixel.  That means a 10 x 10 map is 320km x 320km if you are into that kind of thing.   The images used to create these tiles were taken from the EOS satellite imaging hardware in close orbit around Earth at a range between 750km to 850km.

You can now create Earth maps that will match the true color of Earth.  This includes a lot of darker toned vegetation, deeper blues in the ocean, and higher contrast between whites, browns, and greens.  Here you can see a side-by-side render of a cloudless Earth compared to a map made in Empire Deluxe of the same scale.

Rivers are no longer bland straight valleys of water.  They curve and warp according to the terrain around them.  This is due to a combination of two data sets merged into one that helps map the true look and feel of waterways found on Earth.  MODIS satellite imagery makes the base terrain with VIIRS images superimposed using multiple waterway bands.  In other words, the realistic course of the rivers is due to the images coming from actual waterways here on Earth.

The only modification made manually are a nominal contrast increase in hills and forests.  If you look at the images here you can see why.  The color difference was nominal, under 2%, between similar terrain sets.  While this works fine on my computer, older monitors, namely most LCD’s and some LED monitors, cannot discern the difference.  I opted to improve contrast to help them stand out on higher resolutions or when the map is zoomed further out.  Other than the contrast, the tiles are real world images taken from Siberia and Germany.  See if you can locate exactly where.

I intentionally wanted to diversify the topography of this set to allow unique terrain combinations. This allows for maps to take on their own flavor beyond just the game mechanics.  It will take some time to get used to, but once your eyes have adjusted to the new style, it’s hard to go back.

The biggest example of this is the use of green mountains instead of the more traditional gray color.  This more accurately represents the span of vegetation on mountainsides, leaving peaks to handle the heavy lifting of lifeless mountain tops.  There is also a distinct difference where hills have a more Arid appearance, allowing an alternative option to just having green land as the only non-mountain terrain tile.  Lastly, there are coastal tiles which now use white caps, captured from orbital imagery, to enhance the tiles while keeping their true color as seen from space.

Regardless of your preference for playing Earth maps, the tile set has been blended together to provide a good experience across all map types.  This includes random maps, scenario maps, or even your own personal fictional map.  The set is also made to work with all of the terrain-based uploads on EDIBLE I have made so far, including the city tile set RUCS which is used in the screenshots in this update.

It only took a couple of days to find an issue with the recently updated Modern Unit Database. I’ve posted an updated version to EDIBLE. If you downloaded v0.0.1a and already played a few games with it, this version is fully backward compatible and should not affect what you are doing. As a side note,… 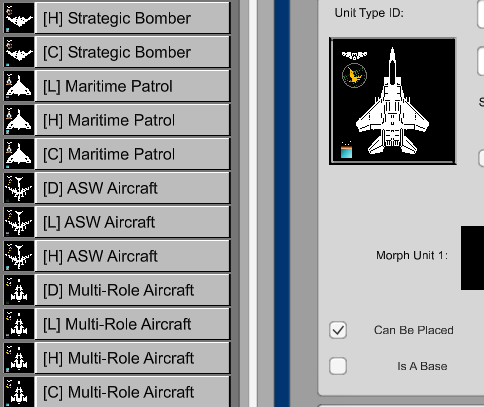 I like to refresh my Earth maps every few years and it looks like now is the perfect time to start my new project.  I will be updating the Random Earth Map with the new 2020 census data.  Moreover, I have some official sources that updated the extend of the economic impact from COVID which…

I have resolved the error that brought the website down yesterday.  I will forever be referring to this event as the Server Outage of January 25, 2021.  I am still working on repairing the damage to EDIBLE and hope to have everything fully restored by the end of the day today.  All the of the…